Sale of 100% share in the company GISTRANS Czech Republic s.r.o. to the group CEE Logistics a.s.

VGD Corporate Finance was an exclusive transaction advisor to the English company Gist Ltd. in the sale of a 100% share in the company GISTRANS Czech Republic s.r.o to the company CEE Logistics a.s., which belongs to the multinational holding company Matteli Group a.s., controlled by Mr. Roman Šmidberský. In 2020, GISTRANS Czech Republic s.r.o. achieved revenues in excess of CZK 338 million with a fleet consisting of more than 110 cars.

The transaction for VGD Corporate Finance was managed by Filip Otruba, Michal Černý and Martina Janoušková.

Roman Šmidberský, owner of CEE Logistics a.s., commented on the transaction: “The CEE Logistics Group focused primarily on transportation in the automotive industry or on the transportation of expensive goods requiring special security. Thanks to the acquisitions of GISTRANS Czech Republic s.r.o. (newly CEE Fresh Food Logistics s.r.o), we can also start focusing on the area of ​​fresh food transport, which we perceive as a great potential, which we want to fulfil and continue to attain the long-term strategy to become one of the most important logistics leaders in Europe “.

The company GISTRANS Czech Republic s.r.o. was the Czech branch of the British company Gist Ltd., which has belonged to The Linde Group since 2007. Gist is one of the leading logistics companies with more than 5,000 employees.

The company has been operating on the market for more than 24 years and was founded in 1996. The company has 2 branches in the Czech Republic with more than 200 employees: Olomouc as the company’s headquarters and Humpolec for international transportation.

Leading food chains are among the major customers of GISTRANS Czech Republic s.r.o.

CEE Logistics is one of the most important transportation and logistics companies in Europe. CEE Logistics is a part of the multinational Matteli Group a.s., which is controlled by Mr. Roman Šmidberský. Matteli reported a turnover of approximately 3.3 billion CZK last year. It has subsidiaries in Germany, Italy, Poland, Spain and Slovakia, operating a total of about 800 trucks. LOG-IN CZ also belongs to the Matteli Group.

Mr. Roman Šmidberský is also a partner in the investment company AML Holding a.s., which includes PANAV, a.s., a trailer manufacturer, and its TT Parts center, which also sells spare parts for trailers and semi-trailers, as well as CUTCO Steel s.r.o. dealing with materials separation, forming, machining and their surface treatment.

The transaction was successfully concluded in November 2021. 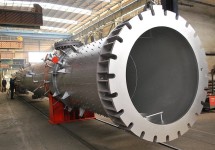 We have successfully executed a buy-out of EXCON Steel (Hradec Kralove) for our client, the… 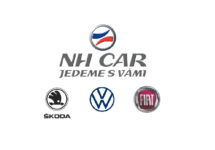 Sale of 100% share in the company NH Car holding a.s. to the Group VIGO Investments a.s.

VGD Corporate Finance was the exclusive transaction advisor to the owner of NH Car holding,…