Acquisition of 100% stake in the company JRC Czech a.s.

VGD Corporate Finance acted as an exclusive financial advisor and a partner to Smarty Finance a.s. when purchasing a 100% stake in JRC Czech a.s. and in securing acquisition and operating financing. Our client, Smarty CZ, which belongs under the Smarty group, also owns the e-shop Smarty.cz, which sells electronics, and is the authorized Apple Reseller (iWant), makes it a leading electronics retailer with reached revenues of CZK 2.5 billion.

The transaction was managed for VGD Corporate Finance by an experienced team led by Václav Strýhal (Michal Černý, Martina Janoušková and Petr Beránek).

During this transaction, VGD Czech Republic has proven to be unique in its field as a One stop shop in providing financial advisory services in the broadest sense. The following teams participated in the transaction:

VGD is also a proud member of the worldwide prestigious NEXIA network, which has made it very accessible to address all transactional, tax and legal aspects of the acquisition of JRC’s subsidiaries in Slovakia and Romania.

Mr. Syrůček, on behalf of the buyer´s side of the transaction said:

“It is great to have experts on your side that I know I can rely on. I am very glad that I have entrusted myself to VGD, which has given me peace of mind to focus on business matters. Their approach, professionalism and commitment are very close to me. In VGD and their personal approach, we have found a reliable partner for our future deals and other business activities”.

An interview with Petr Syrůček here.

Smarty CZ a.s. is one of the leading providers of integrated electronics sales for consumers, repurchases, and financing services, including in particular mobile phones, tablets, computers, smart devices and accessories. The company operates under the Smarty brand (www.smarty.cz). The company is also an APR and AASR partner of Apple, whose products it sells in a specialized network of stores under the iWant brand and through the e-shop www.iWant.cz. In the fiscal year 2020, its revenues reached CZK 2.5 billion.

JRC Czech a.s. is a leading Czech seller of computer and console games, consoles and accessories. JRC focuses on retail sales and distribution of gaming products. In 2008, the British company Game Group PLC became the majority shareholder, which after four years, in 2012, sold its stake to Genesis. In the same year, JRC expanded to Slovakia through the purchase of a network of Brloh stores from Clios s.r.o. (11 branches). Thanks to this expansion and natural growth of the market, JRC Czech a.s. continued to develop. In 2015, HAMAGA a.s. bought a 100% stake in the company.

The transaction was successfully completed in August 2021. 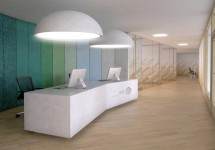 We are very happy to announce, that we have moved to new premises. We are… 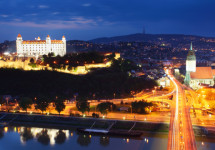 At the occasion of the Property Investment Forum in Bratislava (SK), attended virtually by all…